Do you actually need to use std::map?

std::map is one of the most known data structures in C++, the default associative container for most of us, but its popularity has been decreasing over the years.

Associative containers are used when you have pairs of key/value and you want to find a value given its key.

But, because of the way the nodes of the red-black tree are created, std::map is not much different than an std::list, i.e. an unwelcome memory allocation during insertion and a very cache-unfriendly memory layout.

Before selecting this data structure, ask yourself these questions:

If the answer to the first question is "no", you may want to switch by default to std::unordered_map.

In all my benchmarks, this was always a win. Maybe I was lucky and maybe there are situations in which std::map would perform better, but I haven't found those cases yet.

If you answer "yes" to the second question... this will be interesting.

Sit on my lap, my child, and join my optimization adventures.

This is a Pull Request I am particularly proud of:

To understand how a small change can make a huge difference, think about what this driver is doing.

The Velodyne is a sensor that measures hundreds of thousands of points per seconds (distance from obstacles); it is the most important sensor in most autonomous cars.

I profiled the Velodyne driver using Hotspot and, surprise surprise, I found that something related to std::map::operator[] was using a lot of CPU.

So I explored the code and I found this:

LaserCorrectioncontains some calibration information that was needed to adjust the measurements.

Furthermore laser_corrections was created once (no further insertions) and used over and over again in a loop like this: 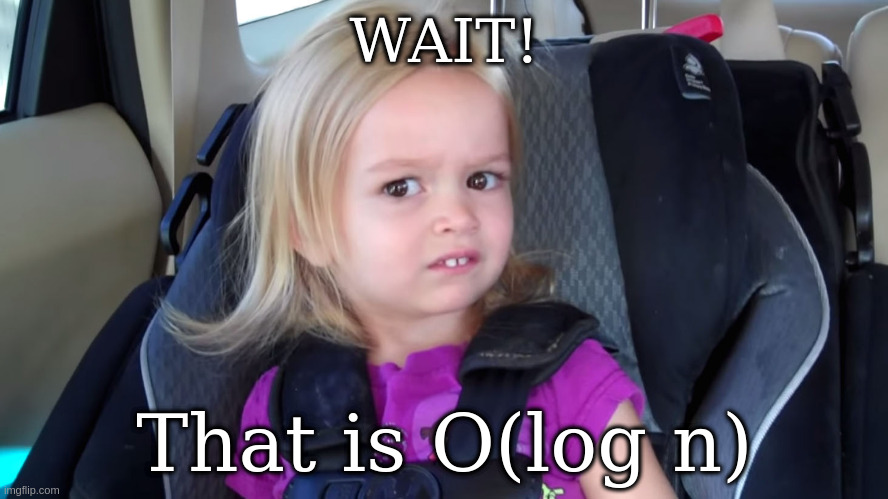 Indeed, behind this innocent line of code:

There is a search in a red-black tree!

Remember: the index is not a random number, its value is always between 0 and N-1, where N is very small.

So, I proposed this change and you can not imagine what happened next:

Summarizing, there wasn't any need for an associative container, because the position in the vector itself (the index in the vector) is working just fine.

I don't blame in any way the developers of the Velodyne driver, because changes like these make sense only in retrospective: until you profile your application and do some actual measurements, it is hard to find an unnecesary overhead hidden in plain sight.

When you think that the rest of the function does a lot of mathematical operations, you can understand how counter-intuitive it is that the actual bottleneck was a tiny std::map.

This example was quite "extreme", because of its very convenient integer key, a small number between 0 and N.

Nevertheless, in my code I use often a structure like this, instead of a "real" associative container:

This is the best data structure if what you need to iterate frequently over all the elements.

Most of the times, you can not beat it!

"But Davide, I need to have those elements ordered, that is the reason why I used std::map"!

Well, if you need them ordered... order them!

"But Davide, sometimes I need to search an element in my map"

In that case, you can find your element by its key searching in an ordered vector with the function std::lower_bound.

The complexity of lower_bound / upper_bound is O(log n), the same as std::map, but iteration through all the elements is much, much faster.